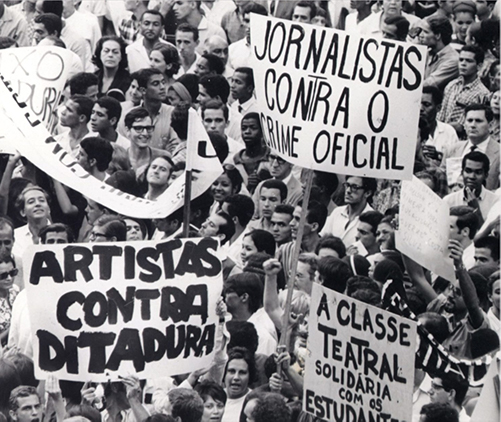 Even during the two military dictatorships: they were not communist so people kept their property, jobs, etc..

There was a surprisingly amount of local level voting even during the early empire period.

As is well-known, the Portuguese first discovered and colonized Brazil in 1500. Pedro Cabral discovered Brazil 6 (or so) years after Columbus discovered the Carribean island that is no called the Dominican Republic. They held main sway over the land until the Dutch invaded. The Dutch gained full control of the north of Brazil (from what is called today the state of Bahia and northwards up through the state of Ceara) in 1630. The Dutch maintained full control of the north of brazil for about 25 years until 1654.

In the early days of colonization it was impossible for the colonizers to do anything at all without the help and support of the native indians. There was a massive difference in numbers and political force: in the early days the colonists did not have a choice.

From 1600 to 1650 there was quite a bit of fighting on all sides between the Portuguese, Dutch and Indians. At one point in the 1650’s the Indians demanded that the colonists leave the northeast or be killed. The indians massacred some of the colonists.

The canabalism of the indians native to the area of Ceara was legendary: they were the harlem globetrotters of canabalism. They would make the ritual go on for a month: and eat the offspring of their pray when they reached 18 years of age. They believed that if you ate something strong it would make you stronger.

In 1822 Brazil gained independence from Portugal as a kingdom or empire NOT a democracy, they had a King at the time of independence in 1822. The first King was Dom Pedro, who ruled until 1834.

In 1872 a census was taken in Ceara: 4.4% of the population was slave. It was far higher in other areas, but I live in Fortaleza. Similar to the US, some areas in Brazil had exceedingly large slave populations, whereas in others it was almost not used as a source of labor.

In 1888 slavery was abolished in Brazil. From start to finish of slavery in Brazil, intermixing and even marriage was far, far more common in Brazil than in the US. The result was that at the dawn of abolition there was already a quite-mixed population in many areas. During the slave days, "masters" would often free their concubines and sons and daughters of the union. This was exceedingly common. There was no law that marked out status by race: it was a status of slave not race. 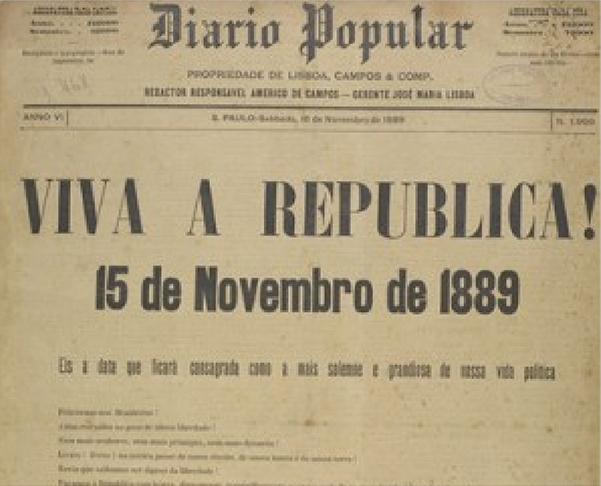 I am currently living in the state of Ceara, so I focus in a little bit on this area. In the late 19th in Ceara, popular public education was largely non-existant. The large majority of the population was illiterate. That is key. Even to this day in the region, 2022, large swathes of the population only have very basic reading and writing skills. Let alone notions of economics etc..

The new Republic was established in 1889, and certain fundamental rights were enshrined in the first Brazilian consitution, such as freedom of religion.

From this point forward one can view Brazil as evolving in the same vein as “normal” western democracies: various parties, general freedom of speech and assembly, voting at all levels of government etc..

As early as the 1920’s there were openly socialist and communist political associations in Brazil.

In 1930 Getulio Vargas lost the presidential election, however, with the support of the military he staged a coup and suspended the constitution and future elections. He stated that he did this to maintain public order and reduce corruption. He ruled in this capacity until 1945. He was the prototypical “benevolent conservative fascist.” He worked in hand-in-glove with the catholic church and did not interfere with free markets or private ownership of property. He was elected in 1950 in democratic elections. He commited suicide in 1954 while on the brink of being the victim of a new military coup himself.

The Brazilian historian Airton de Ferias time and time again hammered home this point: the elites in Ceara have always been structurally weak. They don’t have any firm policy positions other than: our group gets power. The political groups are continually splitting reforming, betraying one another, etc.. And these schisms and inter-party disputes are rarely due to issues of morality, or economic or political policies but because of personal interest.

The first shopping mall in Fortaleza was constructed in 1974 “Center Um”, across street from shopping Del Paseo.

Military Dictatorship Ends with Voting at ALL Levels of Govt.. Remarkably, this was nearly totally peaceful and the generals “gave it back” to the people, which very rarely happens. 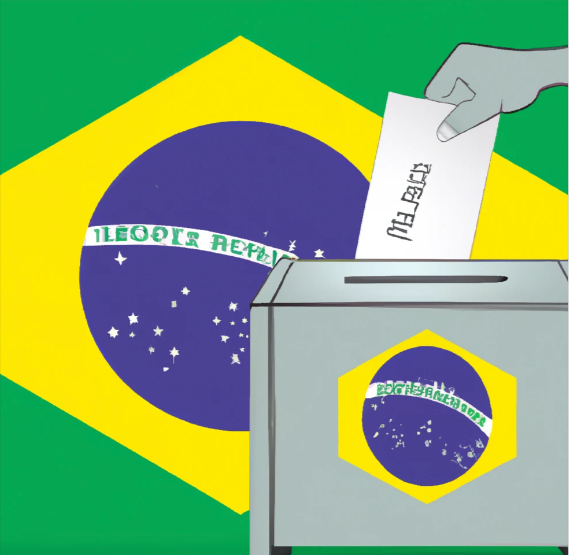 Prior to the 1964 military coup, many armed groups in Brazil had begun to form: openly fashioning themselves after the communist revolutions of Cuba and Vietnam. They began funding themselves through armed bank robberies among other methods. The main purpose of the coup was to stop the communist uprising, and it was supported by the United States. The US actually provided intelligence operations assistance.

The military is deeply linked to politics in Brazil. The generals, officers and soldiers even I believe, see themselves as having a legitamate say-so in terms of order in society. They seem to believe that they have the right to take over anytime “order breaks down.”

During the 1964 dictatorship there were still municipal and state legislative elections. However, the governors were appointed by the federal government by committee. However, there were no national elections. Additionally, there was a good amount of freedom of association and some freedom of expression and speech permitted. Including protests demanding the right to vote at all levels. It was just the hard leftists of the red variety who were prohibited from organizing or speaking and agitating publicly. There was some torture of socialists and communists during this period.

Many journalists of the period noted that there was more self-censorship than outright censorship: they had a list of topics not to talk about, and people not to mention, that sort of thing. There were not members of the national military force on the board or in the editorial rooms of local newspapers.

In 1982 the snow starts to melt: first direct election of the governor of Ceara since the coup in 1964.

In 1985, to the surprise of everyone, Maria Luiza Fontelle: an openly communist woman wins the mayor’s race in Fortaleza. Her administration was extremely incompetent and her party lost badly in the following election.

1990 Ciro Gomez becomes mayor of Fortaleza. More or less competent governance via voting is restored throughout the country at the NATIONAL level as well as local level. It is key and very important to understand that EVEN DURING THE DICTATORSHIP of 1964-1985 you could still vote for your mayor and concilmen/women. Even during the earlier "Vargas dictatorship": local voting never went away.

The majority of voters in Ceara are in no way ideological: one has to give them some sort of treat or benefit to get their vote. The two books on Brazilian history I've read (in Portuguese) complain of this regarding northeasterns: near voting dates tons of people go out and actually offer them food and other treats and even small amounts of money in the hopes that they will cast their ballot the right way. In Rio or Sao Paulo it is different.

1988 Brazilian constitution creates a system of run-off elections. I like this because it does not result in a splitting of the vote problem, and I believe is more likely to result in the election of people more in line with the will of the majority of the citizenry.

There is a lack of a sense of the reverence of law in Brazil. The police strike in Ceara in 2011 is a great example of this. First, the constitution prohibits the police from striking. In that case the governor condemned the strike and declaraed it illegal and ordered them back to work. Then the courts odered them to cease and desist. However, the police simply ignored it and continued. Eventually, the government gave in and caved into their demands: higher salaries and reduced working hours. There was general fear in the streets: shops were closed and the federal military had to be called in to patrol the streets. The police themselves wore masks when they protested. None of them were prosecuted as one of their demands was that following the resumption of duties nobody would be prosecuted: blanket amnesty despite the fact that what they were doing was very clearly illegal. They did the same thing again in 2019. The police-military-government are seen as naturally and rightly intermingled.