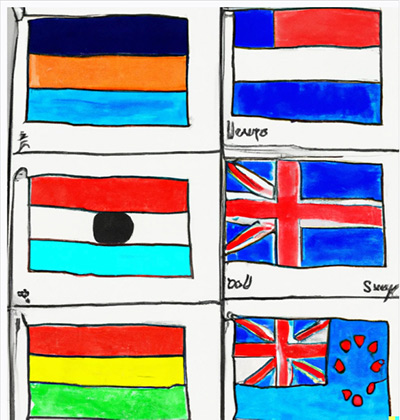 Very Few English-Speaking Expats, But a Good Number of Scandinavians and Italians

For some reason Scandinavians and Italians have really taken a liking to Fortaleza.

They congregate in the area where the whores are.

The first time I came to Fortaleza was in 2006. I came just for a brief trip of about 2-3 weeks. In the Mireiles and Praia de Iracema area there were quite a few Swedish and Norwegians. Also, I stumbled across two small restaurants owned and operated by Italians. Although I really never go out for the nightlife these days, I discovered that in bars and discos where foreigners are that they were all from Europe (mainly scandinavians and a few Germans). As I write this I recall a swedish guy who also owned a restaurant and had a brazilian wife at that time. Again, not one American encountered in the Bar scene.

Fast forward to 2022, still the same thing as far as I can gather (admitting again that I am not going out to bars). I have stumbled across French and Italians in a small hotel. However, nobody who was a native English speaker. And again, a group of Italians all dressed up in the same soccer jerseys congregated outside the McDonalds near the beach at Praia Iracema. Again, no descendants of native English-speaking countries.

Over the last five months here in Fortaleza (years 2022), I have not personally encountered one expat from the US, Canada or the United Kingdom. I know they exist of course, it's just very different than Rio where you'll likely bump into at least one every few days at the least (and that's without going to the beach in Copacabana or Ipanema).

Another example: my current girlfriend. Her former boyfriend was from Italy, whom she met in Fortaleza. She'd met a number of foreigners on dating apps, but no face-to-face dates with an American, Canadian or Brit.